Top Ten Tuesday is a meme hosted by That Artsy Reader Girl. Joood - Hooligan of Platypire reviews bossed me into doing this, so I guess this is a thing I do now.

This weeks theme is a Thanksgiving/thankful freebie, and I'm so not good at coming up with freebie topics, so I'm altering a TTT topic from back in May, and instead of featuring book worlds I would want to live in, I'm going to talk a bit about some book worlds I absolutely wouldn't want to live in.

I'm even going to start with my three honorable mentions from the previous post, because I'm not kidding myself and pretending that I'd actually be part of the privileged class. 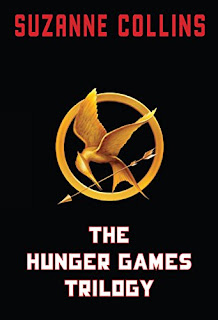 At this point, I think even people who haven't read the books or watched the movies are somewhat familiar with the world of Panem, and while some of them may not fully understand a fear of living there, they'll at least get the tribute reference. While I'd LOVE to be one of the citizens of the Capitol, I'm not delusional enough to believe that's the way the cards would fall for me. And even though I'm constantly wanting to be killed off in fiction, I wouldn't really want it to happen with me as a tribute. 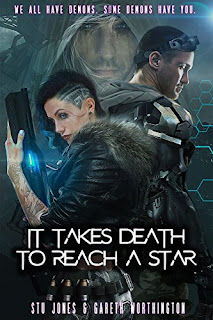 Siberia - It Takes Death to Reach a Star

After a massive plague wipes out most of humanity, the only place we've managed to survive is in Siberia, where it's just too fucking cold for basically anything to survive. I'd mentioned being okay living in this world if I were a Gracile, one of the privileged pretty people living on platforms in the sky, but I know my ass would be one of the poor schmucks freezing on the ground, struggling to get by. This pick seems particularly apt considering that I've been freezing in my own house for weeks now due to a lack of insulation in our attic from a hail storm back in June. 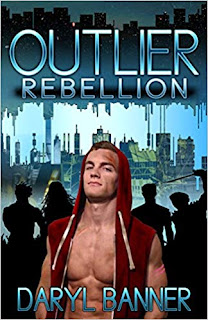 It's been a few years since I read this book, so I'm actually not super clear on how live in the slums of Atlas play out anymore, but I do remember it seeming like absolute shit compared to the privileged class that lived in the lifted city above. And I haven't read past book one in the series (yet) so I don't even know if life gets better for those in the slums (but since the series isn't complete yet, I assume it's not significantly better for them yet at least). 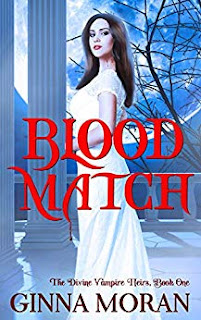 Although Jewel's life seems pretty cushy after she makes her blood match (and that's what this series focuses on), I'm stuck on the horror of living in The Boxes, avoiding the shadows at all costs and never ever going out after the sun has set. I joke that I'm a vampire (now, in real life) because I'm naturally nocturnal, so living in a world where actual vampires literally rule the night would be horrible for me. And since I'm pretty sure I'm already too old to even try for a blood match of my own, I'd be stuck as a gen. pop. blood donor for life, which provides barely enough food for myself and one child to survive (I'd have to pick a favorite child if anything were to happen to my husband!) So although I enjoy reading about Jewel's life, I want none of it for myself. 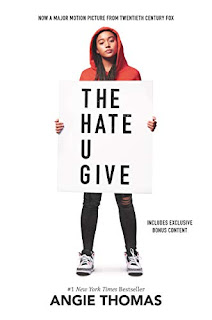 Garden Heights - The Hate U Give

This may seem like an odd choice considering the fact that my previous four book worlds are all dystopian, but is it, really? I mean, Garden Heights seems to be as crappy and dangerous as The Boxes, and almost as bad as fearing being chosen as tribute in Panem (and doesn't Starr almost volunteer as tribute when she decides to come forward?) The only difference between this book and the previous four is that those are fake, and this one exists for a lot of real live people. And I recognize that I am privileged to be able to say I wouldn't want to live this type of life, but I sincerely hope I never have to. (For the record, I also hope the people who are currently living it can legitimately be raised up out of it and nobody ever ends up living it again. I just don't know how we get there.) 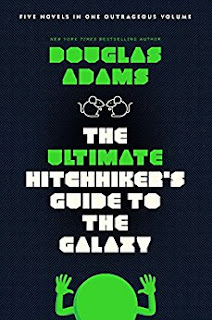 Earth - The Hitchhiker's Guide to the Galaxy

If you know anything about The Hitchhiker's Guide to the Galaxy, then you know that Earth is not an ideal place to be from. And with only a 1 in 3.75 billion chance of surviving the destruction of Earth...well I just really don't like those odds. Although at least things would just be over unlike living some shit life in a dystopian world. 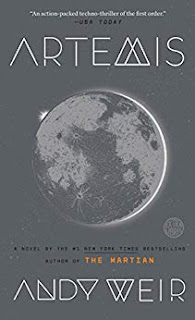 So life on the moon seems to be a bit of a mixed bag in Artemis. If you know a trade, you can do alright for yourself, but get in trouble with the law one time and it's back Earthside for you, and if you've lived on the moon for a while, that can literally kill you. Not that I go out of my way to break the law to begin with, but I just don't think I'd want to live in a world where stealing from a convenience store can essentially carry a death sentence. 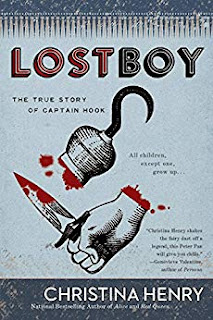 Now this is a life that I'm relatively safe from by virtue of having a vagina, but it's still a life I would absolutely not want to live. It's a twist on the classic story of Peter Pan and the lost boys that really makes a certain amount of sense, and it's brutal and violent, and I'm just not about that life. But again, I'm mostly safe from ever ending up here (although since I'm 34 now I don't have to worry about it anyway).

And I'm going to wrap my list of book worlds I'm thankful I don't live in up there. I know it's only eight worlds, not ten, and I'm sure if I really scoured my list of books I've read I could find two more, but I have work to do and need to get to it.

What are some book worlds you are thankful you don't live in? - Katie

*If you're stopping by from the linkup, please be sure to drop a link to your post below so I can check out your thankful lists.*

Just Another Girl and Her Books at 9:00 PM
Share