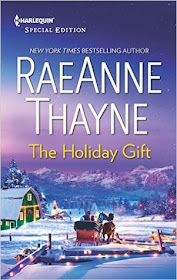 A COWBOY FOR CHRISTMAS With two kids and an active life, widow Faith Dustin only wants peace and quiet for Christmas. But her snowy Pine Gulch ranch is nothing but chaotic. All that keeps Faith going is her helpful neighbor, cowboy Chase Brannon. He's always been "good ol' Chase," her faithful friend. Until he asks her out on a "real" date. Years ago Chase blew his chance with the woman he's loved since childhood. Now he's determined to step out of the friend zone…and into the role of husband. But the scared and stubborn Faith won't let herself fall. With Christmas just days away, Chase will need all the magic of the season—and the help of her two matchmaking children—to unwrap a second chance at love.

She sent him an appraising look as they reached the front door. "You look really good, Dad," she declared. "Like, Nick Jonas good."
"That's quite a compliment." Or it would be if he had more than the vaguest idea who Nick Jonas was.

"It's been a long time since I made out with a pretty girl in a pickup truck," he said into the suddenly heavy silence. "I forgot how awkward it could be."
She swallowed hard. "Right," she said slowly. "It's the pickup truck making things awkward."

This book had all the elements of a cheesy Hallmark Christmas movie, which is exactly what I was hoping to get when I picked it up. It comes complete with a single mother alone at Christmas time and a hunky man who is clearly perfect for her, but she refuses to see that. Add in the Holiday Ranch variety show that needs a director and a meddling aunt and everything falls perfectly into place for a Hallmark Christmas movie. Why it hasn't been turned into one yet, I do not understand.

I had a really easy time putting myself into Faith's shoes. I grew up in a small ranching community (although I was absolutely a "city" kid), so I get the dynamics at play where people will step up to lend a hand when needed, and the whole everyone knows everyone thing. In addition to that, Faith is in her mid-to-late thirties (so if you like your romance with slightly more mature characters, this is definitely one for you), which is about where I am in my own life. I even have a desired Chase stand-in from that small ranching community I grew up in, so reading this was a lot like watching my occasional fantasies play out. How Ms. Thayne snuck into my head to pull them out, I don't know, but she did, and it was awesome.

The story is told from dual POVs so there is no wondering on the reader's part about each character's feelings, at least the character's feelings as they understand them. This meant that I was squeeing early on in the story, just about every time I was in Chase's head, but it also meant that I felt just as frustrated by Faith's actions as Chase did. So even though it was Faith's shoes that I stepped into, I still absolutely felt and understood Chase's emotions throughout the story as well.

Ultimately, this book filled me with all the feels that I was looking for from a holiday romance. I give it 5.000234 stars. - Katie

New York Times and USA Today bestselling author RaeAnne Thayne finds inspiration in the beautiful northern Utah mountains where she lives with her family. Her books have won numerous honors, including six RITA Award nominations from Romance Writers of America and a Career Achievement Award from RT Book Reviews magazine. RaeAnne loves to hear from readers and can be reached through her website at www.raeannethayne.com.

Just Another Girl and Her Books at 2:22 PM
Share