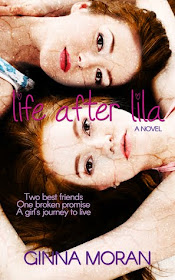 
After a fatal car accident leaves seventeen-year-old Coco Caraway covered in scars and kills her best friend, Lila Olivier, Coco struggles with depression and anxiety. She spends her days hiding behind a mask of makeup and layers of clothing, treating each day like another one toward her last. Because life without her best friend is a life she doesn’t want to live.The arrival of Xander Romano, a new boy at school more scarred than she is, forces Coco out of her isolation when she stands up to school bullies harassing him. Her action sparks a friendship with Xander that Coco had no idea she wanted—or needed. He reminds her of Lila, and through him, she reflects on her life before and after the accident, trying to make sense of living a future without her best friend.Despite the happy moments Coco finds with Xander, her strained relationships with her shallow mother, overworked father, and meddling, overprotective twin brother weigh heavy on her, and Coco can’t seem to hang on. Giving up on life seems a lot easier. As Coco’s world spins out of control and her home life nearly breaks her, she must decide what’s important in life and if she’s willing to live for it.


I was hired to proofread this book. The only aspects of the story that I influenced were the spelling and grammar. If you feel that my connection to the book makes my review untrustworthy, so be it, but this is my honest review.

Coco is a character that I related to on a deeply personal level. See, I got in a car accident at the end of my freshman year of high school that left me with a large, disfiguring scar. Unlike Coco however, my scar is easily concealable, although I've never felt the need to conceal it. Also unlike Coco, the friend that was with me only suffered superficial injuries while I spent twelve days on an intensive care burn unit. I feel lucky that I was the one seriously injured since I was driving, so I can absolutely understand the survivor's guilt that Coco feels. I even understand Coco's reaction to riding in a car. And if my mother had been like Coco's mother, I might have even considered doing exactly what Coco was doing.

I really liked the way this story was set up, referencing dates based on how far away from the big event they were. It added a bit of a timeless quality to the story, at least as timeless as a story can be while referencing current technology. But the story isn't solidly stuck to a specific couple of years (although maybe it is considering how quickly technology is changing at the moment).

This story made me quite nervous about the ending. I had a most desired outcome for Coco's story, but it kept me on the edge of my seat pretty much until the end, and I really wasn't sure if things would turn out "right." And I really feel like Coco's mom was a wild card with a big influence on the path the story would take. I also really did not like her. She needed to just butt out of Coco's life.

Overall I give Life After Lila 5 out of 5 stars. - Katie


Ginna Moran is a writer living in Austin, Texas but originally from Southern California. She started writing poetry as a teenager in a spiral notebook that she still has tucked away on her desk today. Her love of writing grew after she graduated high school and she completed her first unpublished manuscript at age eighteen.When she realized her love of writing was her life's passion, she studied literature at Mira Costa College in Northern San Diego. Besides writing novels, she was senior editor, content manager, and image coordinator for Crescent House Publishing Inc. for four years.Aside from Ginna's professional life, she enjoys binge watching television shows, playing pretend with her daughter, and cuddling with her dogs. Some of her favorite things include chocolate, anything that glitters, cheesy jokes, and organizing her bookshelf.Ginna Moran loves to hear from readers so visit her online at www.GinnaMoran.com. You can also find her on Facebook, Twitter, Instagram, Snapchat, and Pinterest.Ginna Moran is currently hard at work on her next novel.
Just Another Girl and Her Books at 1:26 PM
Share