*Book Movie Match-Up* Dashing Through the Snow by Debbie Macomber

It has been a while since I did a book movie match-up here (but if we're being totally honest, I haven't been doing very well with posting regularly to begin with.) But last year at around this time, I won a copy of Dashing Through the Snow by Debbie Macomber because it was premiering as a holiday movie on the Hallmark channel (I mean the giveaway was sponsored because it was being made into a movie). I may have asked my mother to record the movie for me (because she is a Hallmark movie junkie and that was the only way I could think of that I would be able to watch it. Honestly, if there was a way for me to buy a DVD copy of it, or rent it online that I could find, I would have done so, but Hallmark doesn't seem to work that way.) So without further ado, here are my reviews. 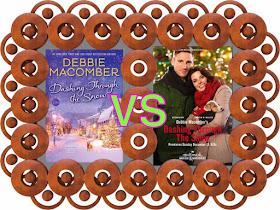 Savor the magic of the season with Debbie Macomber’s newest Christmas novel, filled with warmth, humor, the promise of love, and a dash of unexpected adventure.

Ashley Davison, a graduate student in California, desperately wants to spend the holidays with her family in Seattle. Dashiell Sutherland, a former army intelligence officer, has a job interview in Seattle and must arrive by December 23. Though frantic to book a last-minute flight out of San Francisco, both are out of luck: Every flight is full, and there’s only one rental car available. Ashley and Dash reluctantly decide to share the car, but neither anticipates the wild ride ahead.

At first they drive in silence, but forced into close quarters Ashley and Dash can’t help but open up. Not only do they find they have a lot in common, but there’s even a spark of romance in the air. Their feelings catch them off guard—never before has either been so excited about a first meeting. But the two are in for more twists and turns along the way as they rescue a lost puppy, run into petty thieves, and even get caught up in a case of mistaken identity. Though Ashley and Dash may never reach Seattle in time for Christmas, the season is still full of surprises—and their greatest wishes may yet come true. 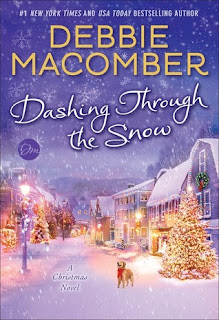 I won a copy of this book through Goodreads First Reads giveaway program in the hopes that I would leave an honest review.When I saw that this book was being made into a Hallmark Christmas movie, I expected to find a heartwarming, cheesy, holiday romance. In the end, I found myself disappointed. I thought Ashley's inner dialogue was trite, and overall I just found her incredibly annoying. I didn't feel the tension between the characters that I expect from this type of story. Sure, they bickered a little bit, but everything was always immediately okay after they grabbed a bite to eat, because Dash gets "cranky" when he's hungry. On top of that, they fell in love in like two days, and if you didn't know that they were going to fall in love, then you clearly don't know how Hallmark Holiday Movies work. (Even my husband knew at the beginning of the movie that they were going to fall in love.)

Overall it was just a really disappointing story for me. I give it 2 out of 5 stars. 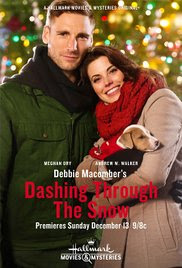 I do not say this often, but this movie was better than the book. It was vastly different than the book, so much so that I had to figure out just what role one of the character's played in the movie because it was not the same as the book, but the basic plot worked better in movie form, in my opinion.

I think one of the major selling points for the movie for me is that I was not subjected to Ashley's trite inner dialogue (her name was changed in the movie, I'm not sure why.) Another major plus for the movie is that the road trip starts with Dash bribing the car rental agent to get the very last car available, even though Ashley was at the desk talking to him about renting the car. She had every reason to be angry with Dash in the movie (whereas in the book she just seemed like a petulant child). I appreciated the twist they used for the FBI involvement in the story, although I'm not really sure it was a change that was needed (but I bet it made filming cheaper, and it really didn't detract from my enjoyment of the movie.)

In the end, the chemistry seemed much more natural in the movie, and while there was still minimal tension between the characters, the build-up in their relationship was more satisfactory for me.

My advice, skip the book and just catch Dashing Through the Snow on the Hallmark Channel this Wednesday at 1 pm Eastern/12 Central.

Debbie Macomber is a #1 New York Times bestselling author and one of today’s most popular writers with more than 200 million copies of her books in print worldwide. In her novels, Macomber brings to life compelling relationships that embrace family and enduring friendships, uplifting her readers with stories of connection and hope. Macomber’s novels have spent over 950 weeks on the New York Times bestseller list. Ten of these novels hit the number one spot.In 2016, Macomber’s all-new hardcover publications include A Girl’s Guide to Moving On (February), Sweet Tomorrows (August), and Twelve Days of Christmas (October) and an adult coloring book, The World of Debbie Macomber: Come Home To Color (April). In addition to fiction, Macomber has also published two bestselling cookbooks, numerous inspirational and nonfiction works, and two acclaimed children’s books.Celebrated as “the official storyteller of Christmas”, Macomber’s annual Christmas books are beloved and five have been crafted into original Hallmark Channel movies. Macomber is also the author of the bestselling Cedar Cove Series which the Hallmark Channel chose as the basis for its first dramatic scripted television series. Debuting in 2013, Debbie Macomber’s Cedar Cove was a ratings favorite for three seasons.Macomber owns two businesses in Port Orchard, WA, the town which inspired the Cedar Cove Series. These include The Grey House Café, formerly the Victorian Rose Tea Room, featured in the Cedar Cove Series, and A Good Yarn Shop, introduced in her popular Blossom Street novels. They are located on the Village Square campus, which also serves as Debbie’s corporate headquarters.She and her husband, Wayne, serve on the Guideposts National Advisory Cabinet, and she is World Vision’s international spokesperson for their Knit for Kids charity initiative. A devoted grandmother, Debbie and Wayne live in Port Orchard, Washington and winter in Florida.
Just Another Girl and Her Books at 9:45 PM
Share