*Joood's Reviews* The Man I Love by Suanne Laqueur

You may or may not know this already, but Joood - Hooligan of Platypire Reviews is notoriously bad at writing reviews after she finishes reading books. I'm serious, her to be reviewed list is almost as long as my Platypire Read-A-Thon list, and that thing is monstrous. So after much cajoling on Joood's part, I have decided to help her out and once a week I'm going to write one of her reviews for her because I'm a good friend like that, and there is no way this could possibly go wrong. I will be writing the reviews as if I actually am Joood.

For my first edition of Joood's Reviews, I have selected The Man I Love by Suanne Laqueur because I have actually read it myself. 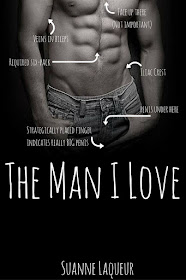 College freshman Erik Fiskare loves the theatre, but he’s more intrigued by the wizardry behind the red curtain than the spectacle center stage. That is, until Daisy Bianco steps into the spotlight. The moment Erik lays eyes on this ballerina, his atoms rearrange and the young stagehand will never be the same.For two years, the romance thrives within a tight-knit circle of artists and friends. Then, a newcomer arrives—James, a brilliant but erratic dancer with a misguided infatuation and a burning desire to belong.The consequences of an ill-fated love affair set a course for destruction and Erik’s world is torn apart. He clings to Daisy, but he soon discovers that in the face of heartache, grief and betrayal, love is not always enough. And sometimes, it’s everything. Suanne Laqueur's award-winning debut novel presents the dark side of devotion and the futility of running from the past. The Man I Love is an emotional journey of love and forgiveness that will linger long after the last page is turned. 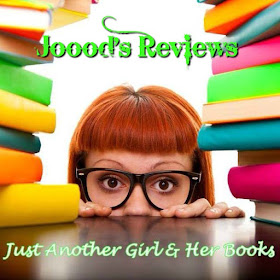 I received a copy of this book from the author in exchange for my third born child, but the joke's on Betty because I don't plan on having three children.

I've heard really good things about this book from other bloggers who have impeccable taste in books (I think Katie even calls it a Diamond in the Rough) so I had really high expectations going in. I can't say that those bloggers are wrong because The Man I Love is actually good, but I had to DNF it. Ultimately there just wasn't enough man on man action for my tastes.

One of the highlights (and the reason I almost regret my decision to DNF this) is that the descriptions are en pointe. I felt almost like I was on stage with them, but then I remembered that I'm about as graceful as a newborn giraffe, and all the dances started falling apart (I'm sorry Daisy!). I also really liked David, he seems like a really nice guy and a great friend.

In addition to the limited amount of man on man action, there was a serious lack of platypires, Justin Bieber and chocolate chip cookies mentioned in this book.

I'm going to go ahead and give The Man I Love 2 Platypires though, in spite of the fact that I didn't finish reading it because it is actually good, the descriptions are en pointe and I do what I want. - Joood - Hooligan

Suanne Laqueur’s first novel, The Man I Love won a gold medal in the 2015 Readers' Favorite Book Awards. Its other 2015 accolades include a gold medal for Best Debut Author from Feathered Quill Book Awards and being named a finalist with the Kindle Book Awards. Suanne graduated from Alfred University with a double major in dance and theater. She taught at the Carol Bierman School of Ballet Arts in Croton-on-Hudson for ten years. She lives in Westchester County, New York with her husband and two chil-dren. An avid reader, cook and gardener, she started her blog EatsReadsThinks in 2010 and now blogs at www.suannelaqueur.com

If you would like to read some legitimate reviews for The Man I Love, please visit any of the links below.

My Review // Aestas Book Blog // Smokin Hot Book Blog // Alleskelle Blogs but Mostly Reads
Just Another Girl and Her Books at 4:49 AM
Share