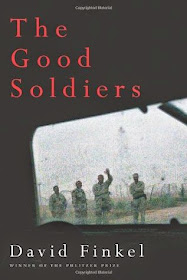 It was the last-chance moment of the war. In January 2007, President George W. Bush announced a new strategy for Iraq. He called it the surge. “Many listening tonight will ask why this effort will succeed when previous operations to secure Baghdad did not. Well, here are the differences,” he told a skeptical nation. Among those listening were the young, optimistic army infantry soldiers of the 2-16, the battalion nicknamed the Rangers. About to head to a vicious area of Baghdad, they decided the difference would be them.
Fifteen months later, the soldiers returned home forever changed. Pulitzer Prize-winning Washington Post reporter David Finkel was with them in Bagdad, and almost every grueling step of the way.
What was the true story of the surge? And was it really a success? Those are the questions he grapples with in his remarkable report from the front lines. Combining the action of Mark Bowden’s Black Hawk Down with the literary brio of Tim O’Brien’s The Things They Carried, The Good Soldiers is an unforgettable work of reportage. And in telling the story of these good soldiers, the heroes and the ruined, David Finkel has also produced an eternal tale—not just of the Iraq War, but of all wars, for all time.

I bought a copy of this book not long after it was published. It took me almost six years to read it though because I was waiting for my husband to get out of the Army. This book was a difficult read for me, because it was personal. My husband was a member of the 2-16 during the surge in Iraq. So even though this story isn't specifically about him, this is his story. Reading this book brought back my own memories of the time while my husband was in the sandbox, so I wrote a companion post of those memories. You can find it here.

The only thing I liked about this book is that in spite of the fact that my husband has refused to talk to me much about his time in Iraq, I now feel a little bit more like I know what he went through. Overall I give it 5 out of 5 stars, because everything I hated about it, is just an indication of how good it is. This is one book that I think all Americans should probably read.

This book has been on my TBR pretty much since it was published, so it clearly fulfills the category of TBR pile for Book Bingo. I elected to use it for my non-fiction category on the Popsugar reading challenge.

Other categories it could have filled for the Popsugar challenge are:
A book based on a true story
A book set in a different country
A book at the bottom of my to-read list (it's been there for 6 years after all)
A book that made me cry
A book by an author I've never read before
A book I owned but had never read
A book that I started but never finished (I'd originally tried to read this during my husband's second deployment. I quickly realized that was a really bad idea.) 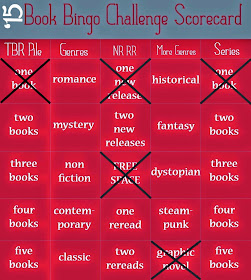 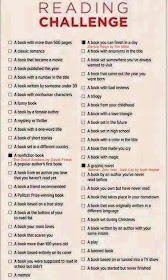 Just Another Girl and Her Books at 7:53 AM
Share