Review of "Minutes Before Sunset" by Shannon A. Thompson

Imagine that you are a thirteen year old boy, and you have just found out that in the dark world you live in, you are destined to fight an epic battle to the death on your eighteenth birthday that will determine the survival of your kind. Now fast forward to junior year of high school, when you know you have less than a year to prepare, but due to the nature of your race, you can only train at night and spend your days as a human, doing all the normal boring human stuff, except hanging out with your friends because you don't have any. But in a world where not everyone is what they appear to be, maybe you're better off that way.

This book made me feel a little bit like Sherlock Holmes, trying to figure out who the bad guys were in human form, and while I think I've got it figured out, I'm not 100% sure at this point, which means I'm clearly going to have to read "Seconds Before Sunrise" the second book in the series like immediately when it comes out (or you know, once I can fit it into my TBR list. I'll probably just have to leave my schedule open for it.)

This book transported me back to high school, but this time I got to be the rich kid and also sometimes the new kid (that one's not so different from my high school days, except people weren't nearly as friendly in my small town high school.) I laughed, a lot, and mostly didn't want to put this book down. There were a few times where the story moved a little slow for me, although some of that may have been just me trying to read and getting interrupted by children not sleeping like they should have been.

Ms. Thompson has a real talent for description, making me feel like I was right there training with Eric/Shoman. I would have liked to learn more about the Light, but at the same time, I feel like I know as much about it as Eric/Shoman does, so I'm mostly okay with my lack of knowledge on that score.

Overall I give this book 4.5 stars because it had me mostly engaged and kept me guessing. I would strongly recommend it to my children when they reach an appropriate age to be reading it (at least 10, and as long as they are interested in paranormal books.) - Katie 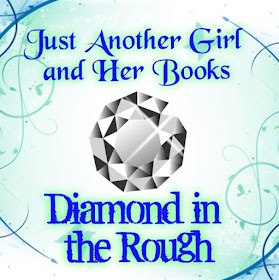 Just Another Girl and Her Books at 4:30 PM
Share