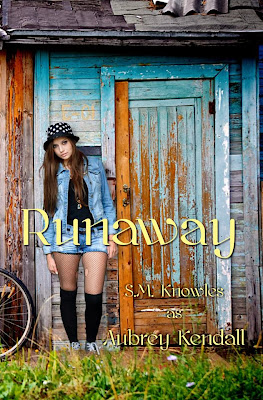 At seventeen years old, Courtney McKenzey is fed up. With a dead mom and an alcoholic father that beats her every chance he gets, Courtney decides that enough is enough. Packing up only what she needs, Courtney leaves home without telling a soul and heads off to find her new life.
Life on her own is not exactly as she thought it would be. With nowhere to stay, Courtney finds herself sleeping on an old stoop in an abandoned apartment alleyway. A chance meeting with a new group of friends seems like a great beginning to her second chance at a real life. But everything is not as it seems
Tricked into a life she never wanted and fears, Courtney needs to run away, again. She needs to find a way out of this new and dangerous life. With the help from a man she doesn't know, will Courtney find her way out? Or will she find herself on the run from a dangerous past, and a hopeless future. Faced with a choice that will change her life forever. 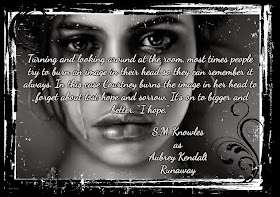 Connect with the author on Facebook here and here!

Just Another Girl and Her Books at 9:58 PM
Share